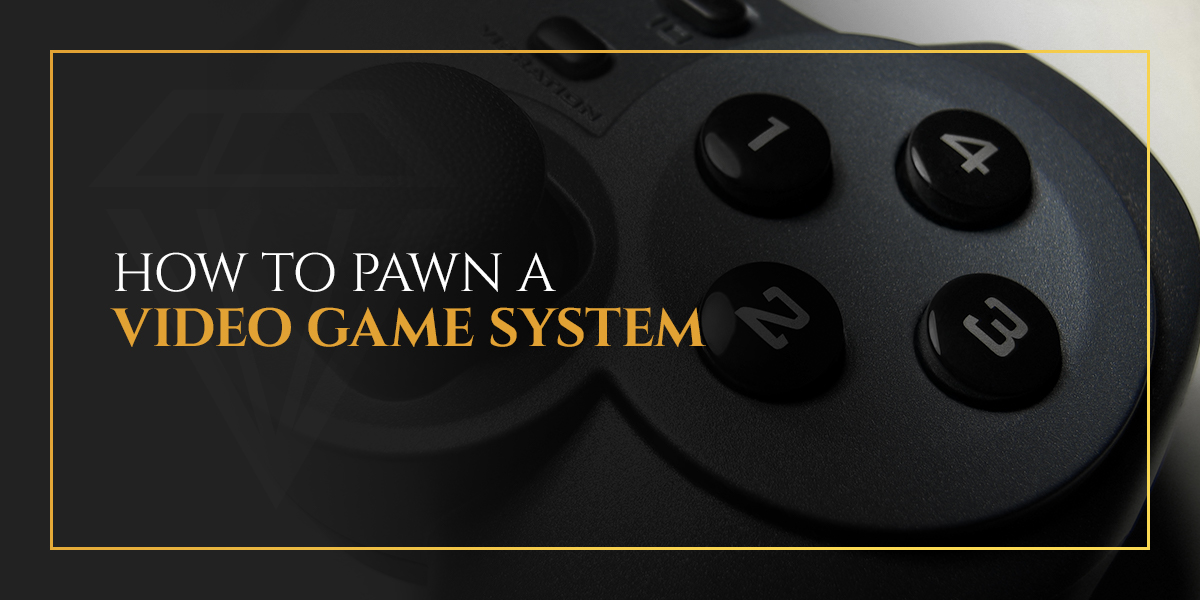 As the years go by, the video game industry continues to grow. The top names in the video game console and development sphere are always planning the next big system or the next smash-hit game. Meanwhile, the public continues to buy these systems and software up, with millions of people buying video games and consoles every year.

But this continued advancement is a double-edged sword. As new systems come out, old ones can become outdated. Many people choose to sell their old systems to help pay for the new ones. If you’re thinking of selling your video game console to go toward the next generation of gaming or just to have some extra cash on hand, learn how to pawn a video game system.

You can pawn a game system. When people visit a pawn shop to sell their items or use their items as collateral on a loan, the pawn shop’s goal is to put money in the customer’s hand and receive something in return to hold or resell. This means pawn shops take an interest in a wide variety of things, including video games.

Gaming is massively popular, with over three billion people worldwide playing video games. And these consoles are built to last. Modern video game consoles have a life cycle of nearly a decade, with developers often making games for the previous generation’s systems several years after the next-generation systems have already been released. And once a video game reaches vintage status, it experiences a surge in renewed popularity and value.

This all means that pawn shops are looking to buy gaming systems from their customers. 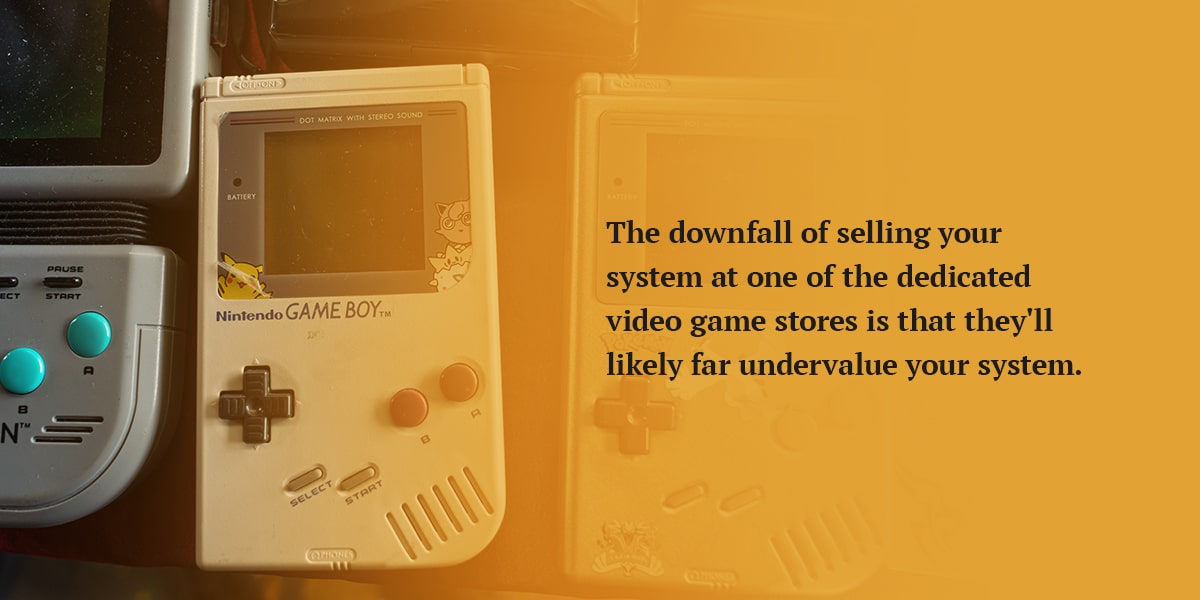 Video Game Pawn Shop vs. Corporate Game Store: Which Should You Go To?

With the prevalence of big box stores and shops that specialize in selling video games and systems only, you may wonder what the best choice is for selling your system. Should you visit your local pawn shop? Or should you go to the game store where everyone else seems to be going for all their gaming needs?

The downfall of selling your system at one of the dedicated video game stores is that they’ll likely far undervalue your system. Video games and consoles make up the vast majority of the sales at these stores. They need to make a huge profit on the used systems they buy off customers, so they offer customers a number far lower than the actual value of the used system. Then they mark up the resale price to meet their sales quotas, at your expense.

You can get a better value for your used system at a pawn shop. Pawn shops make their profits in different ways depending on the items they’re selling and interest on the loans they’ve given. This means they can give you a price for your console that’s closer to its true market value than a dedicated video game store would.

What Systems Do Pawn Shops Buy?

Every pawn shop is different, so some will have more of an interest in some consoles than others. Usually, pawn shops will look at video consoles in two different categories — vintage and modern. Here are the differences between these two categories so you can know what to expect when pawning your system. 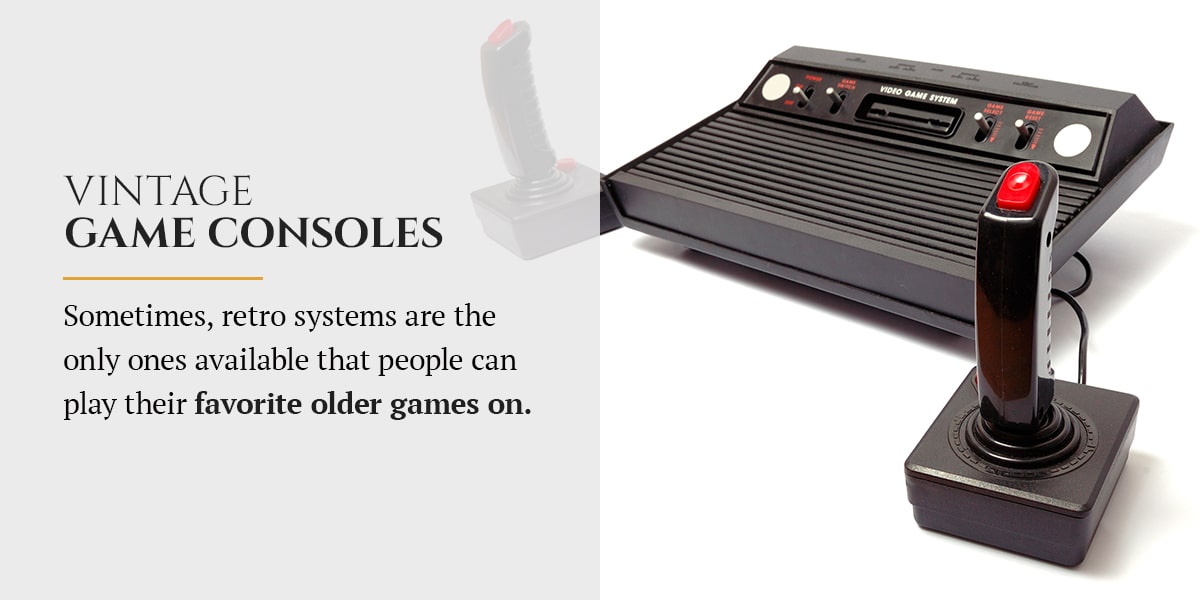 Vintage game consoles used to be the latest and greatest. And although these systems are out of production and developers are no longer making games for them, they’ve solidified their status as “retro” and are lastingly significant to pop culture. People usually have a lot of nostalgia for these older systems, having played some of their favorite games on them when they were growing up.

Everyone has a different definition of what makes a gaming system vintage. Generally, systems will only be considered truly vintage if they are at least two generations behind the current generation, or roughly 15 years old. For instance, Sony launched the PlayStation 2 in 2000. By 2013, the PlayStation 4 was flying off the shelves, and the over-20-year-old PlayStation 2 was officially a vintage console.

Once a system hits that retro status, the public experiences a renewed interest in them. Sometimes, retro systems are the only ones available that people can play their favorite older games on. Other times, younger people are taking an interest in gaming history and want to try out vintage games they didn’t grow up with. Either way, retro systems can become a hot commodity and actually increase in value over time. For these reasons, many pawn shops are interested in buying vintage consoles from their customers.

Here are some examples of vintage game consoles and handhelds:

Some of these systems, like the Xbox 360, PlayStation 3, Nintendo Wii and Nintendo DS, are on the verge of retro status, but they’re not quite there yet. Plus, you can play many of their games on the next-generation systems.

The most in-demand modern systems are often the PlayStation 4, PlayStation 5, Xbox One, Xbox Series X and Series S, and the Nintendo Switch. Games are still coming out for these consoles, so they can be more valuable.

Pawn shops that sell video game consoles are usually interested in the games and accessories that go with them, too. Having games and accessories like cords, controllers, screen protectors and cases can raise the value of a sale if they’re in good condition. Pawn shops that want to establish a reputation for being a go-to destination for gamers will also put an emphasis on these items.

Some pawn shops may put a greater emphasis on retro games, potentially offering high prices to customers selling them. Other times, more modern games could get a higher price, especially if it’s a brand-new game that is in high demand. Some pawn shops specialize in both to meet a wide audience of gamers. 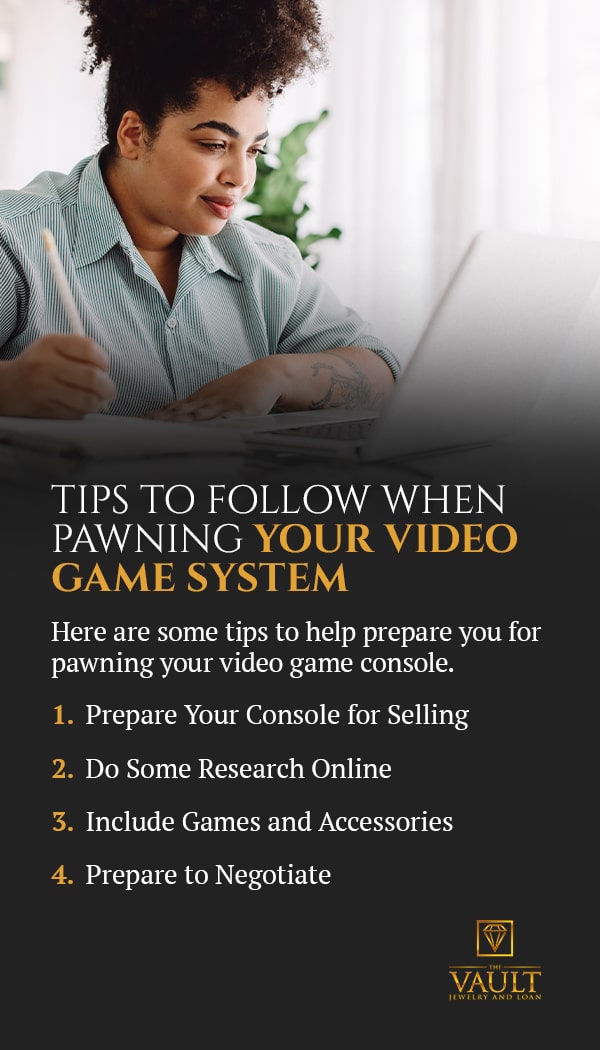 Tips to Follow When Pawning Your Video Game System

1. Prepare Your Console for Selling

You can have a much better experience pawning your game system if you prepare it a bit before walking into the pawn shop. Preparing your system can help ensure a sale, and it also protects your personal data. Here’s how you can prepare for pawning your system:

2. Do Some Research Online

Go to the pawn shop with some idea of what your console is worth. Once you determine the condition of your system after the previous step, you can go online and compare your system with various pictures, descriptions and prices. That way, you can have a price in mind to offer the pawn shop, and you’ll know if you’re getting a good value for your system.

Without doing your research, you may ask for too high of a price, and that can tarnish your negotiating power. Going into the pawn shop with confidence in your system’s value and knowledge about the current market will make your entire experience better.

3. Include Games and Accessories

If you have any games and accessories for your system, you should bring those to pawn off. Chances are they’ll end up sitting around at home after you sell your system, so take the time now to find them. Bring them along on your pawn shop visit and see how much money they could get you. In most cases, having at least one controller and game with your system can increase its value.

If you have the original box the console came in, even better. Especially for older systems, it’s rare to find original packaging, and some collectors value that over just having the console itself.

In the preparation stage, you should have tested out any games you intend to pawn. Look for scratches on the disks and make sure disks or cartridges are in their correct cases if you still have them. See if you still have game manuals, too. Including the game, the original case and the manual offers a complete package that may make your game worth more.

Even if you don’t want to sell your games yet, bring one with you to the pawn shop, which will help the broker test your system.

Locate any protective accessories as well, which can help you get more money when trying to sell portable systems like the Nintendo 3DS or the Nintendo Switch.

Part of the pawn shop experience is reasonable and respectful negotiation. Your pawnbroker is ready for this. In fact, they negotiate with customers on a regular basis. If they make you an offer that you feel is too low based on your research of the current market, you can make a return offer and go from there. Your pawn shop wants to strike a deal with you that benefits both parties, so embrace the chance to get a better price for your retro or modern gaming system.

This is where your research from step two can pay off. Have some idea of what you want for your system before walking into the pawn shop. But keep in mind that the price you get won’t always be equal to what you see online. Pawn shops do need to earn a bit of a profit, so understanding that beforehand can help you be realistic as you negotiate. 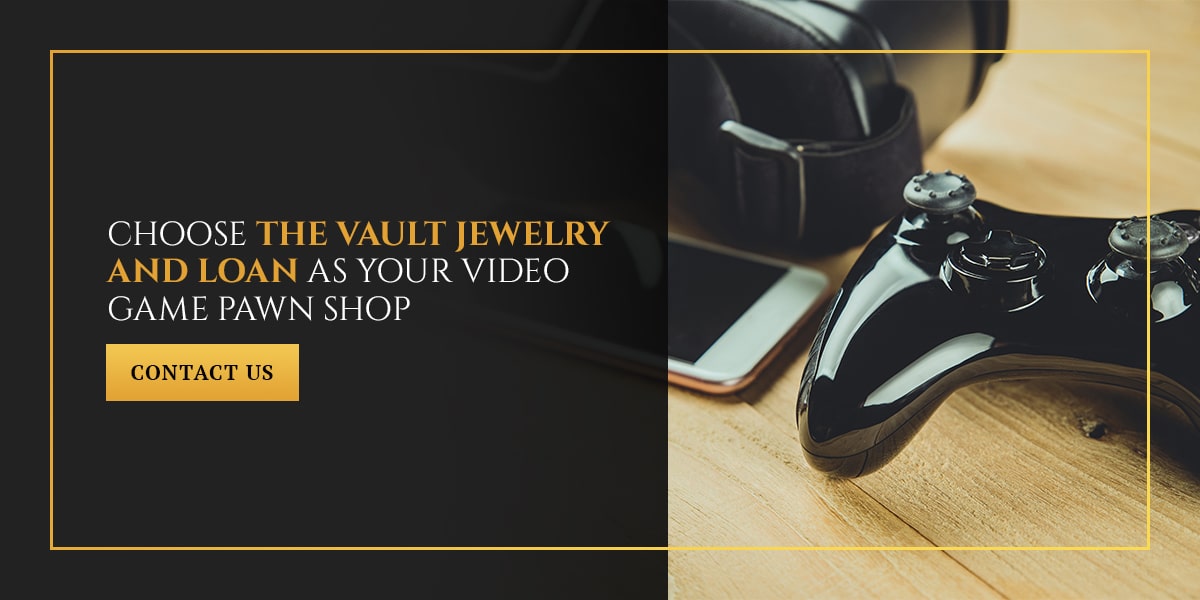 The Vault Jewelry and Loan is ready to become your video game pawn shop. The expert pawnbrokers at each of our several locations in Northern Virginia are ready to evaluate your video game system and give you the best price possible. Our team has many years of experience in the pawn shop industry, so we’re ready to give you the best, most professional pawn shop experience you’ve ever had. And if it’s your first time pawning an item, we’ll ensure the process is smooth and easy for you.

Contact us today for more information or to speak to one of our team members about pawning your video game system. 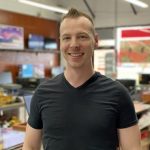 James (Jamie) F., is the manager of our Centerpointe Way location in Woodbridge, VA. With over 14 years in the pawn business, he is an expert in Diamonds, Gold, and Luxury Watches. He is fluent in Spanish and English and enjoys helping customers’ find the item they want at a great deal. Banks and Big Box stores have convinced many that new and expensive is the only way to buy. He aims to change that paradigm and provide exceptional service and quality products at a bargain price to every person who walks through our doors.

Subscribe to our newsletter for products, events, and resources